Tommy Hollywood & Katie Encino Move to the Midwest to GET REAL 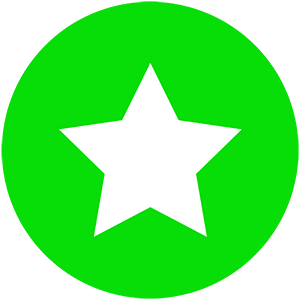 This campaign has ended. It raised $10,112, reaching its minimum goal.
To produce a professional feature film while training the Michigan cast and crew, so that they are prepared for the return of the MI Film Incentive Program.
Tommy Hollywood & Katie Encino Move to the Midwest to GET REAL
Film

When a couple of LA “airheads” find out that their idealized celebrity couple has broken up, they move to the midwest to figure out how to have a real relationship but they soon realize that being real is harder than it looks!

Think Clueless meets Fargo.  A comedy about becoming your authentic self.

A mutually offensive comedy about Getting Real

Tommy Hollywood and Katie Encino have never been outside Los Angeles County. Tommy is a Rock-n-Roll slacker and Katie is a Pilates/SpinningInstructor/Actress. When they feel that it is time to make their relationship more “real”, they decide that no one they know has a “real” relationship so they must travel to the Midwest to find out what “real” means.

They take out the only map they’ve ever known, the Thomas Guide, to look for Fargo. They can’t seem to find it. They do find Chicago but can’t agree on whether Illinois is in Chicago or Chicago is in Illinois. They find Detroit and, seeing that it’s on the water, decide to fly to that airport just in case they want to catch some waves.

Once there, they are flabbergasted. Katie calls her girlfriend back home saying “It’s like we’re at Central Casting. Everyone here is ugly. We are the only beautiful people here. I mean. People are like fat- not like they are trying to be for a role or something. Like they just really are!”

At the airport, they get a map. Thinking that it is pronounced like Milan in Italy, they end up in a small town called Milan (pronounced MY-lin), Michigan.  Once there, they go to a house thinking that there is a room for rent but for the money they can actually afford the whole house. Seeing the prices at a Diner they end up yelling “Lattés on the house for everyone”. People look at them like the aliens from another planet that they are.

They befriend a neighbor and through the all-important montage sequence, she transforms them into looking like real Midwesterners. Once they feel like they have the hang of what being a Midwesterner means they decided to make a movie about Love in the Midwest and cast real Midwesterners but tell them how to be more Midwestern in the roles.

Jimmy then gets a call that his band is actually going to have a real gig back in Hollywood at the Whisky. It’s a big opportunity he’s always dreamed of, but is it worth the risk of getting real? 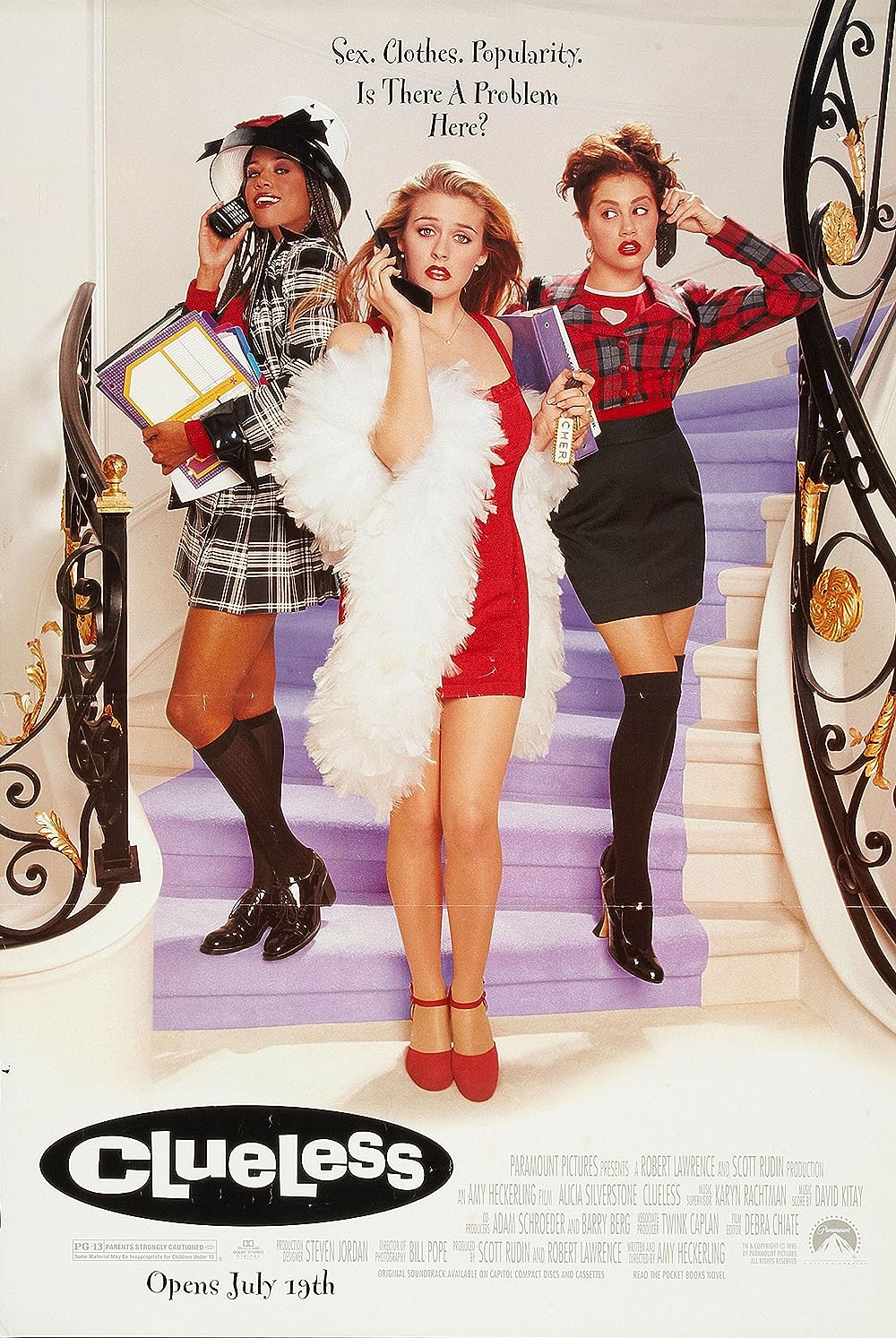 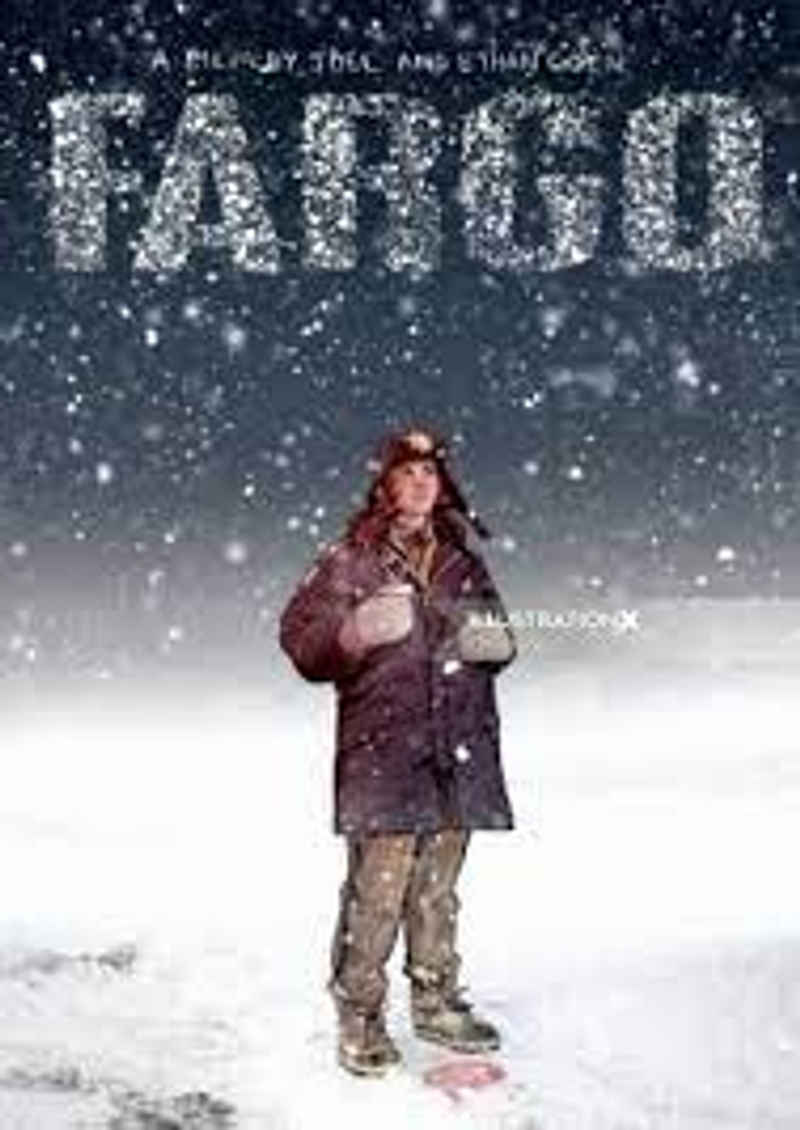 The funds raised will go toward securing cast, crew, locations, and equipment.

Writer/Director Christina has made 4 feature films with great reviews and many awards. 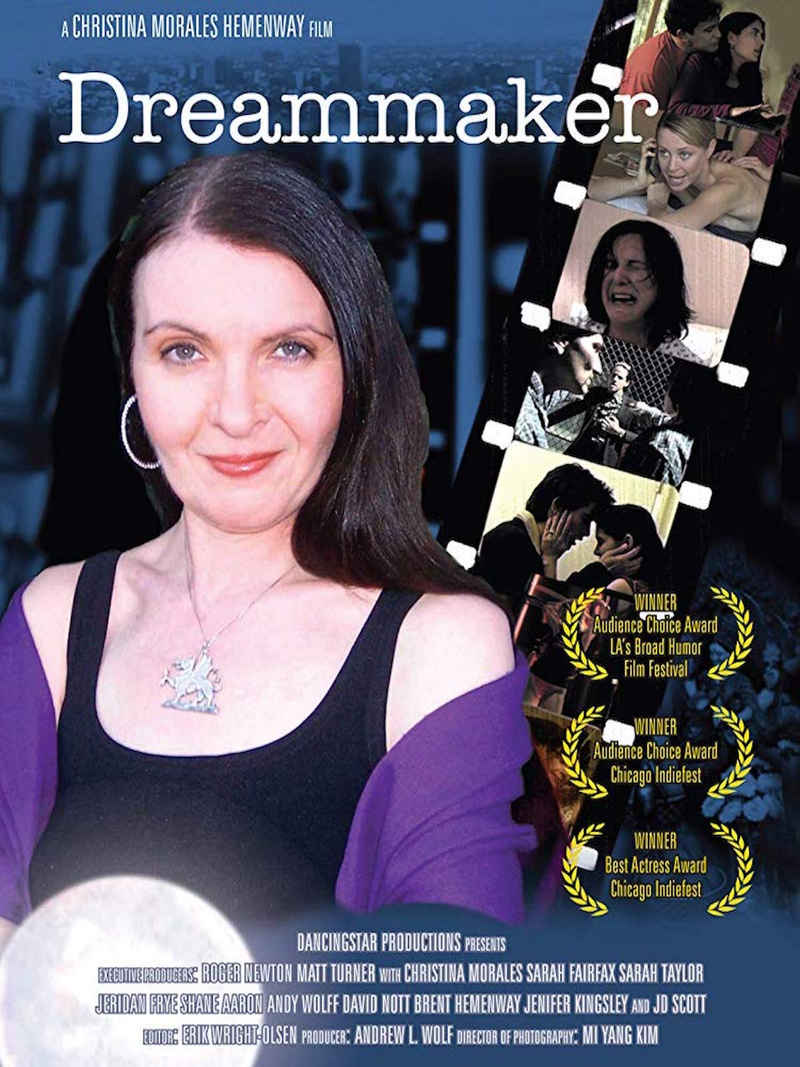 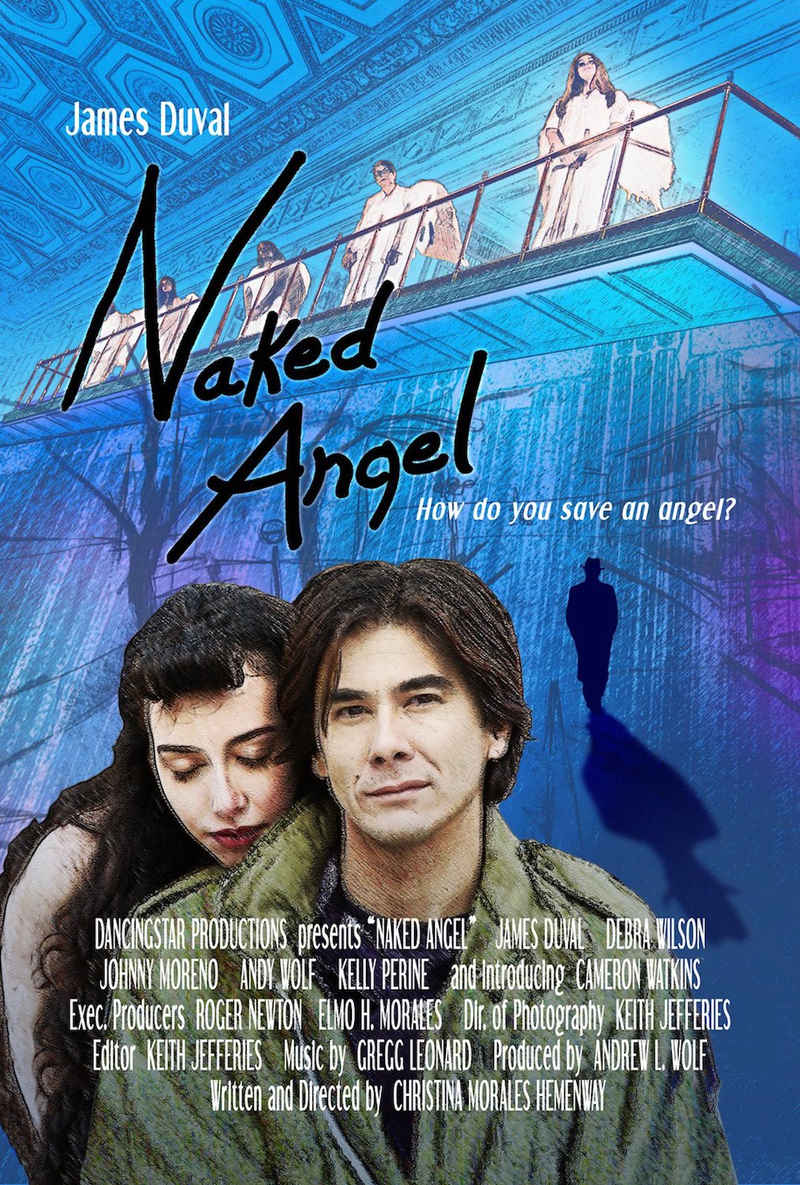 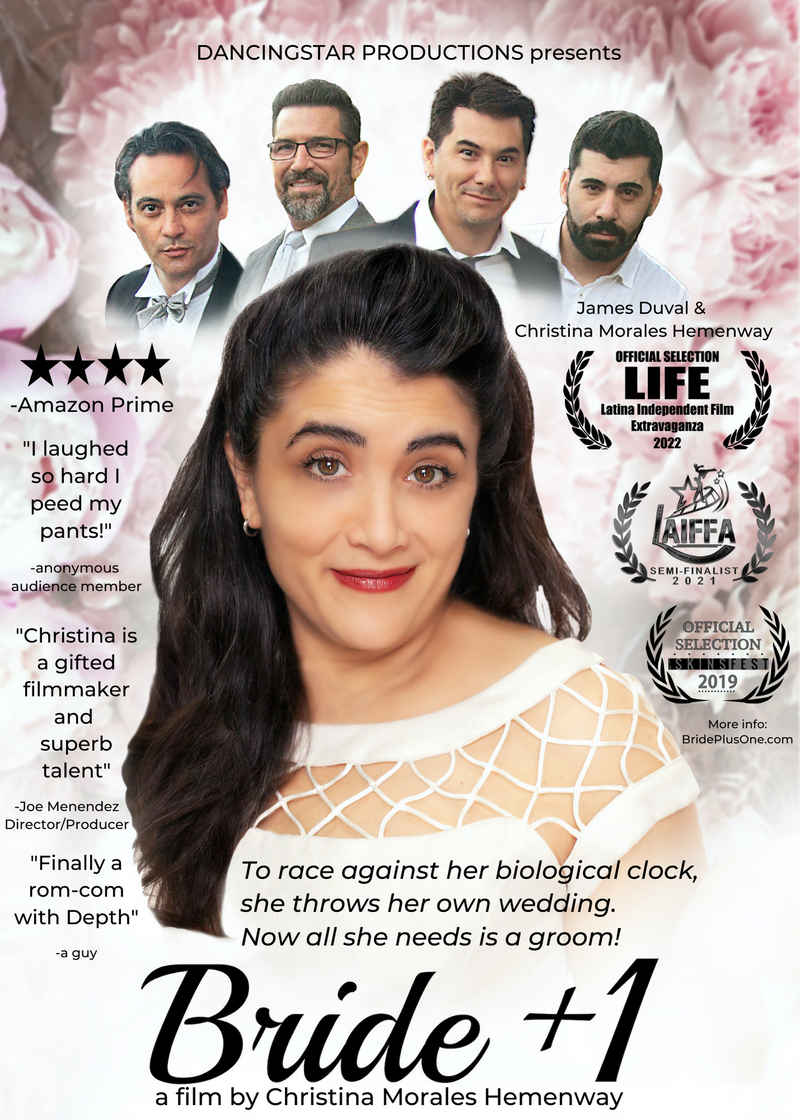 The students will not only learn how to budget, schedule, and secure cast, crew, and locations but we also shadow each position during the feature film production of “Tommy Hollywood & Katie Encino Movie to the Midwest to Get Real.”

To check out this opportunity go to:

Thank you SO much for being a part of this production! Things are about to GET REAL! 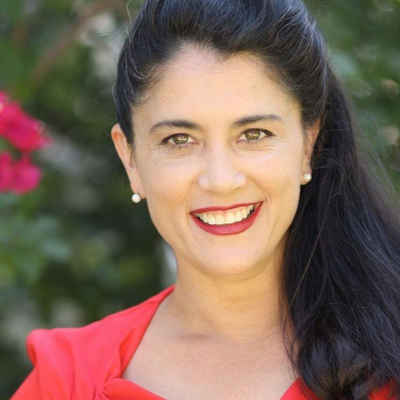 It's now or never!

We've had 95 contributors! Can we just get 5 more?

We just have half of an hour left!

Do you know someone who can help us make a miracle?

We need a miracle!

And the miracle is you! Here we are. This is the last day of our campaign.

Will you help us get there?

If you haven't made a financial contribution, please do so today; any amount makes a big difference.

Also, please share our page with others. Ask a couple of your friends to make a contribution in any amount.

Thank you so much. We know that with your support we will get there!

Today is the last day!

or all the funds we have raised for this film go back to the contributors!

Do you know anyone who may want to be an associate or executive producer or a corporate sponsor?

Please check out all of the incentives here:

I hope you can make it today for one or all three of the movies today at 704 Airport Blvd. for
"Tommy Hollywood and Katie Encino Move to the Midwest to Get Real"
Here is a description of the films playing:
https://www.imdb.com/name/nm2051657/?ref_=nv_sr_srsg_0

Get your advance tix here:
https://www.supportourstory.com/tommyhollywoodl

If you can't make it, please consider making a contribution at the link above and or sharing this link with others and encouraging them.

Thanks SO much for all your support!

From the bottom of my heart,

You doubled our funds!

Thanks to all who contributed during the matching funds period! Thanks to you, $825 became $1,650!

Today we are having a "Telethon" with surprise guests to raise funds for our next film "Tommy Hollywood... Midwest to I'm going LIVE from my page from 2-4pm. Please join to listen to music and make a contribution in ANY amount. In fact, if you contribute $1, I'll sing a song!

Great News!!! We have a Matching Donor Challenge Today!!! Every contribution that comes in will be matched by a generous supporter dollar for dollar until we raise an additional $1,000. We have until tomorrow night to unlock these additional funds. Please go to https://www.supportourstory.com/tommyhollywoodl
and make a contribution in ANY amount. Thank you!!!

Once the film is complete, you will get a download of the movie.
Unlimited supply.
Interfaith showing of Dreammaker, Naked Angel OR Bride+1 ($12+)

$12 each or if you want to see all three find the triple feature incentive.
Unlimited supply.
Stina's Unique Boutique Item ($15+)

Choose any one item from stinasuniqueboutique.com and all but shipping goes to the movie
Only 11 left!
Pre-Pre Sale Tickets ($20+)

Be one of the firsts to receive a download of the movie!
Unlimited supply.
Triple Feature- Dreammaker, Naked Angel AND Bride+1 ($25+)

Watch Bride Plus One, Dreammaker, and Naked Angel at Interfaith in Ann Arbor on June 18th 4-9pm est
Unlimited supply.
Signed Copy of the Script ($50+) Get a video message from one of the most recognizable cast members, thanking you!
Sold out!
A day on the set ($150+) Have a private screening and Q&A with Writer/Director (travel and accommodations not included)
Only 9 left!
Two VIP Tickets to Premiere and Cast Party ($500+)

You will be listed in the credits of the film as well as on Imdb.com
Unlimited supply.
Executive Producer Credit ($5000+)

Your brand will be featured in the film.
Unlimited supply.