Grieving the Girl
By Victorya Cintra
This campaign has ended. It raised $9,796, reaching its minimum goal.

Stretch goal: $11,500
Initial goal of $8,500 already met
Grieving the Girl aims to shine a light on everyday struggles women must endure and to normalizes topics such as menstruation which are often avoided.
Grieving the Girl
Film

After a teenage girl gets her period, she embarks on a humorous quest with her friends in order to discover what it means to be a woman.

Grieving the Girl is a comedic drama about a high school girl named Danaya who finally gets her period at the somewhat delayed age of 16. Although this is a normal part of girls life, Danaya is upset and terrified, seeing her period as the end to her childhood and thus her freedom. With the help of her friends, Avery, Quinn, and Mila, Danaya embarks on a humorous quest to find out what it means to be a woman.

Making a film is expensive, which is why we need your help! To make this project the best it can be, we need funds to hire crew members, pay actors and to properly dress our film sets. The graphic below will show you exactly where your money will go. And remember, no contribution is too small! A contribution of just $20 dollars gets our crew and cast coffee for the day (one of the most necessary supplies for a long day on set!).

Being a girl is hard. Being a woman is harder. And we often don't talk about it openly. Grieving the Girl addresses some of the everyday challenges and troubles girls face as they mature and become full-fledged adults in society. The fact of the matter is girls are expected to mature faster than boys and it's this precise conditioning that imposes adult responsibilities and notions on young girls often before they are even ready. These serious topics are addressed through a lens of humor because sometimes laughing is the only way to process things. Although the girls in the story believe they are grown up, their hilariously immature and childish approach to things proves that just as boys get to be boys, so should girls get to be girls.

The inspiration for this story came while I was sitting in my Wednesday afternoon acting classes. Two students had just finished performing a piece in which they played teenage girls. Our teacher and acting coach then broke down the performance, telling us that every coming-of-age story created is essentially a story about grief. The person must mourn their old way of life (their childhood) in order to accept and be reborn into their new way of life (adulthood). I was fascinated by this interpretation of what it means to grow up. And so I wrote Grieving the Girl, where the main character is forced to literally grieve the sudden loss of her childhood as she supposedly becomes a woman.

I hope this story can inspire people to have compassion for others and to develop some sort of understanding and empathy for what it means to be a woman. When I started to workshop my screenplay and send it around to trusted writers for feedback, I was initially hesitant to have my male counterparts read it. Would they get it? Would they even find it funny? To my surprise, they loved it. One colleague was surprised to find out how much he didn't know and expressed how he actually learned from my script. For me, that was the nail in the coffin. I knew I needed to get this project made. Finally, not only do I want that this film to inspire and teach others, but I also hope to just make people laugh. The severity of everyday news and issues today can often feel like a weighted blanket. Sometimes all we need is a few minutes to laugh at the absurdity that is being a human being.

Thank you all for your support. We could not do it without you. 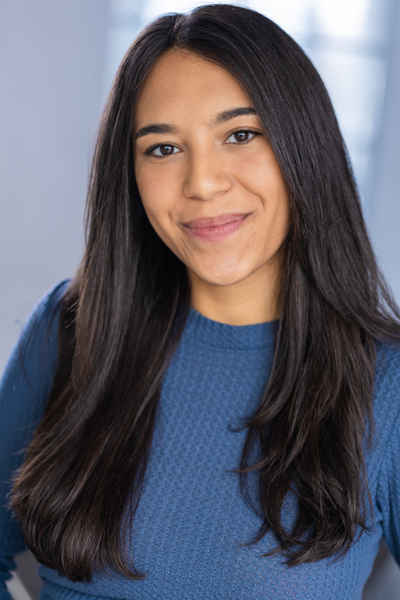 Victorya Cintra is a writer/director and the executive assistant at Avenida Entertainment Group. As a Brazilian-American, she is passionate about writing and telling stories that highlight the beauty of other cultures and increases Latino representation.Her short film, Skin Deep, is streaming on the horror platform, Shudder. At Avenida, Victorya is responsible for managing and designing the company's social media, along with creating pitch decks and other graphics. During production, Victorya often assists Fanny as a script supervisor, an assistant director, and an office production assistant. Victorya speaks both Portuguese and Spanish. 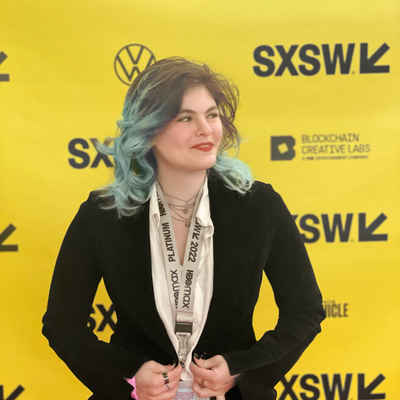 Karen Sanovicz is an award nominated producer, filmmaker, and digital artist, born and raised in São Paulo, Brazil. After moving to Boston to finish High School Karen got her Liberal Arts Bachelor’s degree from Sarah Lawrence College and worked as a freelance editor and intern in several production companies in New York City before moving back to Brazil due to the Coronavirus pandemic. While freelancing during  lockdown, Karen focused on specializing in illustration and design, eventually deciding to move to Los Angeles. She is currently pursuing a professional designation degree in Marketing at the Fashion Institute of Design and Merchandising while also continuing her path in filmmaking. 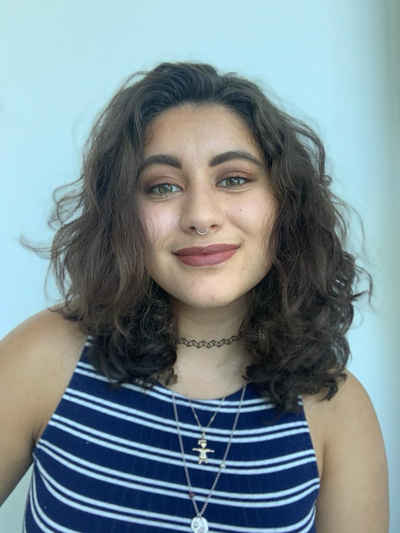 Born and raised in São Paulo, Brazil, Bia moved to Miami, FL, at the age of 16 and decided to go to Emerson College to pursue a Media Production degree. There, she found her passion lied in Production Design, Art Direction, and Set Decoration. She’s worked in a variety of projects from short films, to web-series, to music videos, and wishes to continue pursuing Art Team related positions in film and TV.
In 2020, she earned her Bachelor of Arts in Visual & Media Arts Degree from Emerson, with minors in Art History and Marketing. Bia has a soft spot for all things horror, and has considerable experience with SFX Makeup.

WE MADE OUR GOAL!

A HUGE thank you to every single one of our supporters. After a month of campaigning, we are so proud to say we exceeded our goal. We could not have done this without the generosity of each one of you and it truly means the world to us. Please know that your contribution is going towards a meaningful project with a great team of creatives that are excited to get to work!

We have been extremely busy with pre-production and we are happy to announce that we are on schedule to start shooting in less than two weeks. If you haven't already, please follow our instagram page at @grievingthegirl to keep up with our progress. We will be posting updates and notifications on that page!

Once again, thank you all so much. This project would not have been possible without you!

First and foremost, a huge thank you to all that have supported us so far! We appreciate everyone who has taken the time to see what it is we are doing.

We are thrilled that we were able to reach our minimum goal, which means we get to keep the funds we collected! We hope to be able to raise the rest of our goal in the 11 days we have left of campaigning.

If you haven't yet, please follow our instagram page @grievingthegirl to be keep tabs on what we are doing as we go into production.

Once again, thank you so much!

Get a shout-out on the social media page for the film!
Unlimited supply.
Digital Postcard ($30+)

You'll receive a high resolution of the official movie poster!
Unlimited supply.
Access to the Film ($100+)

The film will not be available widely since we will submitting to festivals. This incentive ensures you get a link to the film!
Unlimited supply.
Behind-the-Scenes Content ($150+) Get a special look at the creation of the film! You'll receive pictures, videos, and interviews with the cast and crew.
Unlimited supply.
Special Thank You in the Credits ($200+) You will be listed in the film credits under a special thank yoU!
Unlimited supply.
Associate Producer Credit ($1000+)

You'll receive as social media shout out, a poster, thank you credits, a link to the film, and official credits as an associate producer of the film!
Unlimited supply.
Executive Producer Credit ($2500+)

Along with the receiving all of the above, you will be credited as an executive producer on the project.
Unlimited supply. 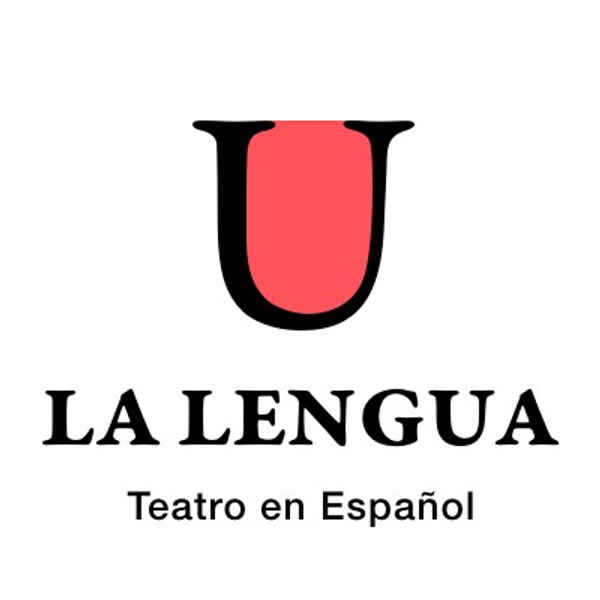 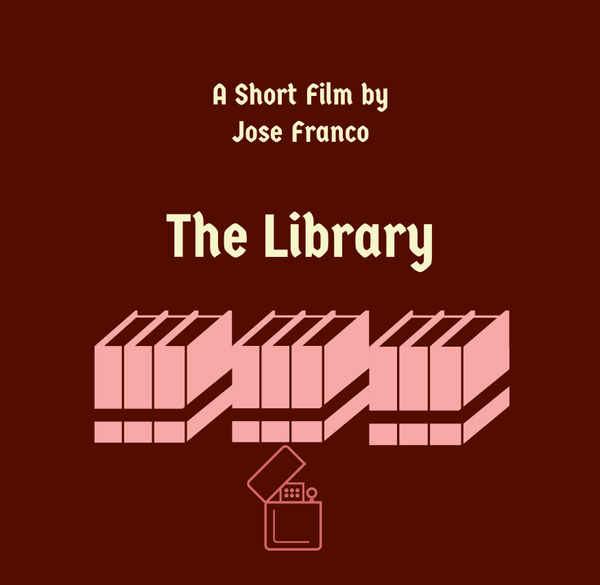 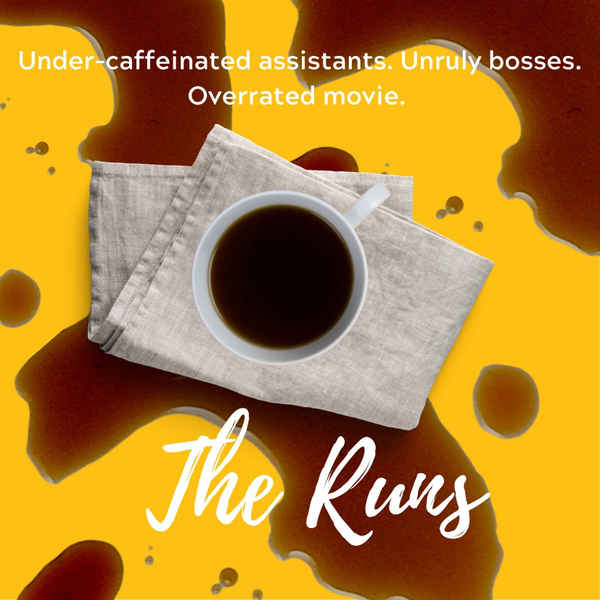 The Runs
Web Series
By The Runs Series
19% Funded